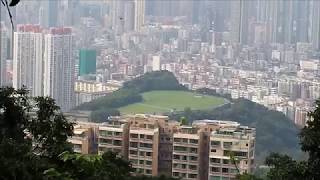 A Look at DLSWCC's future home 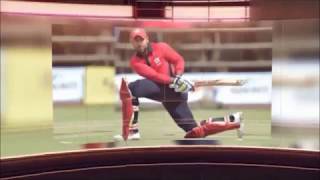 DLSWCC organized a T20 League for our Social Members and Club Partners. The Teams were from the following groups: Sarjan Group, Sky Warriors and Frenz Club. Seven teams took part in the 25 Match Tournament with games being held on Weekday Mornings between March and June 2017. The Six teams were Sarjan Ninjas, Sarjan Spartans, Frenz Blasters, Frenz Warriors, Sky Warriors Chargers, Sky Warriors All Tigers and Sky Warriors Assassins. The Top four in the league entered the Semi F

DLSW Spartans come third in the League, missing out on Promotion

A quick recap on the journey of DLSW Spartan team in 2017 in Cricket Hong Kong's Championship League Division 2 Vs Laguna CC After a few months break and the first game in the new year was against Laguna Gully CC. Spartans won the toss and decided to bat first. Anik Shah impressed with the bat and scored 62 runs taking the Spartans score to 217 all out. The strong bowling attack of the Spartans once again strangled the runs and had the Laguna Team all out for 139 runs. Zulu

A recap of all of DLSW Sarjan's Matches in 2017 which shows their journey to becoming Champions of Division 2 of the Cricket Hong Kong's Championship League. DLSW Sarjan will compete in Division 1 in the following season. Vs CHK Pioneers On 8th January at Mission Road, CHK Pioneers put DLSW Sarjan to bat and gave the Sarjan team opportunity to put up the huge total of 284/9 in 35 overs. Haseeb Muhammad top scored with 93 runs. The Pioneers were all out for 37 runs with Moeed

DLSW Knights created history to become the first champions of the newly established Elite League Division 2. A recap of the last three games Match 8: On May 1st 2017, the Knight got a chance to avenge their loss to HKCC Optimists. Needing to win all three games to win the league, the Knights were asked to field by Optimists after losing the toss. The Optimists were all out for 212 in 46 overs, Ghazanfar Mohammad taking 4 wickets for 32 runs while ever reliable Saqib Mahmood t

A recap of the last three games of JKN team which were played in the space of 4 days. Match 8: The first match of the three games in 5 days was on 30th April Sunday. JKN won the toss against HKCC Wanderers and posted 249 all out in 48 overs at Hong Kong Cricket Club. Amandeep Singh opened the innings and led the batting with 62 runs. The Spinners then caused the bulk of damage to the Wanderers chase taking 7 wickets between them. Nadeem 4 wickets for 19 runs included 3 wicke